Walking down 5th Ave you're always amazed by the awesome architecture and the wondrous window displays. However, it is not always that often that you see a store with their entire building decorated in order to promote their new collaboration.

And that is exactly what Louis Vuitton has done. Viewable from almost 10 blocks away, LV's new polka dot exterior is a true reflection of Yayoi Kusama's style, with equally as eye-catching and dramatic window displays to match.

Yayoi Kusama is an internationally acclaimed Japanese avant-garde artist and has been since her late teens and now at the mere age of 83 she has just launched a new collection with LV (which is further honoured and promoted by her exhibition at the Whitney). By Adding her signature style of pop art and polka dots to a very traditional and classic French brand, she had created a gorgeous and highly coveted collection with not only LV's usual customers, but fans of Kusama alike.

I managed to get a few snaps of the 5th Ave store despite photo's being strictly prohibited. 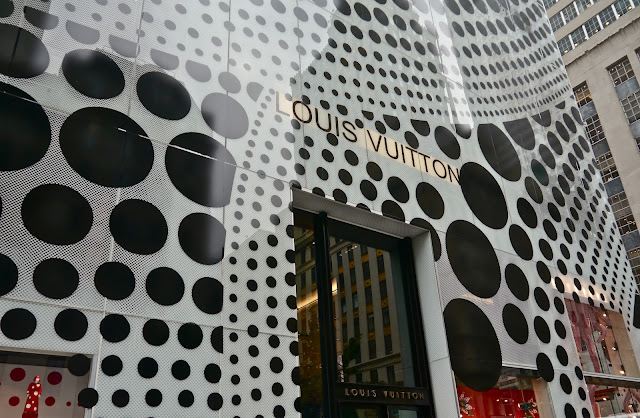 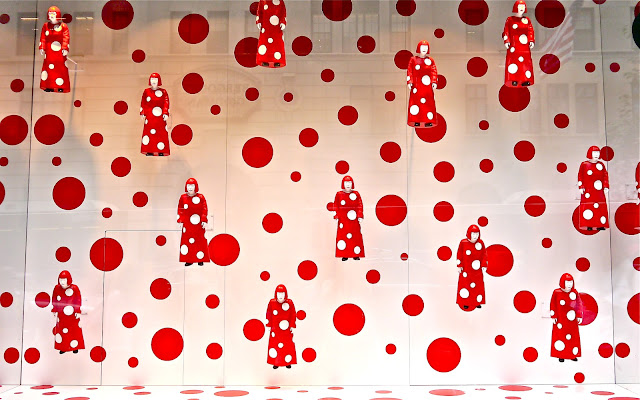 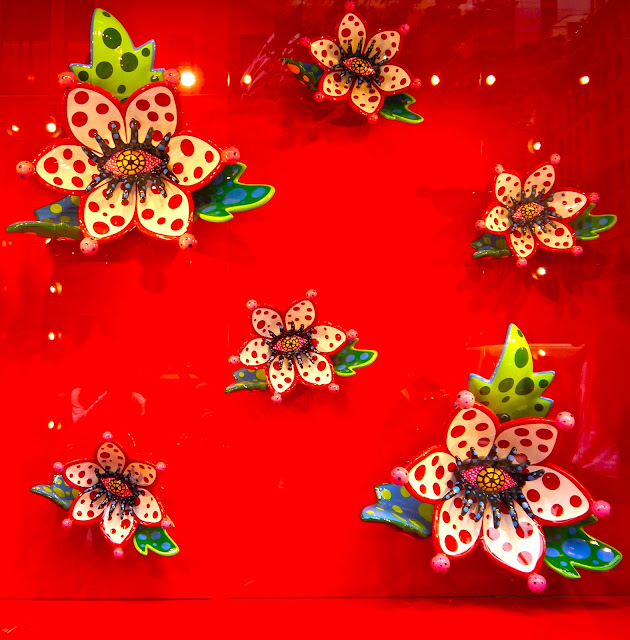 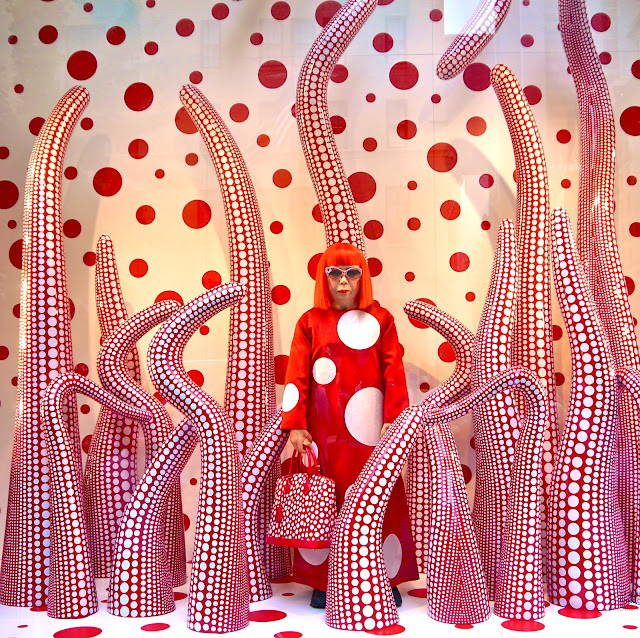 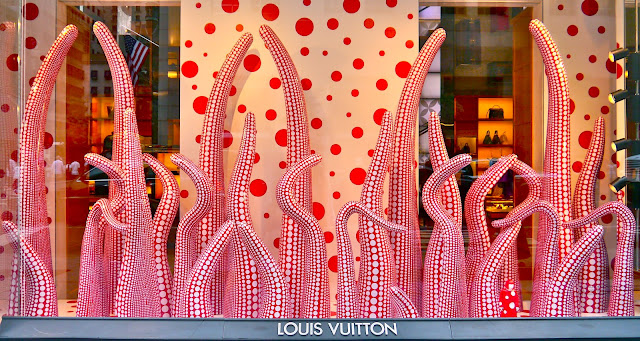 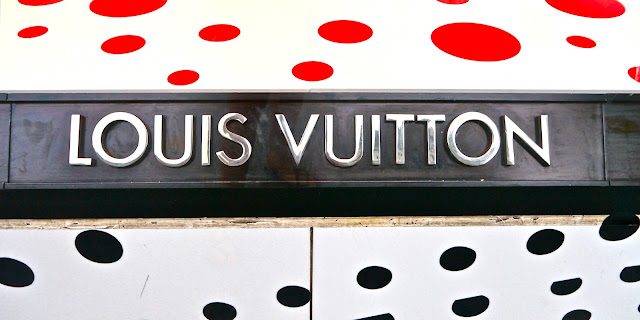 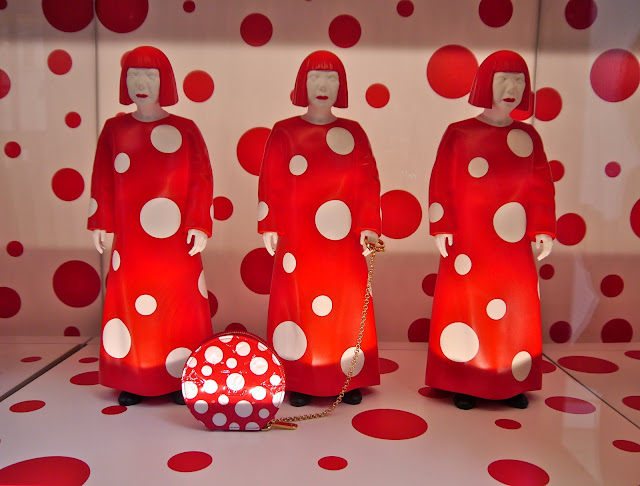 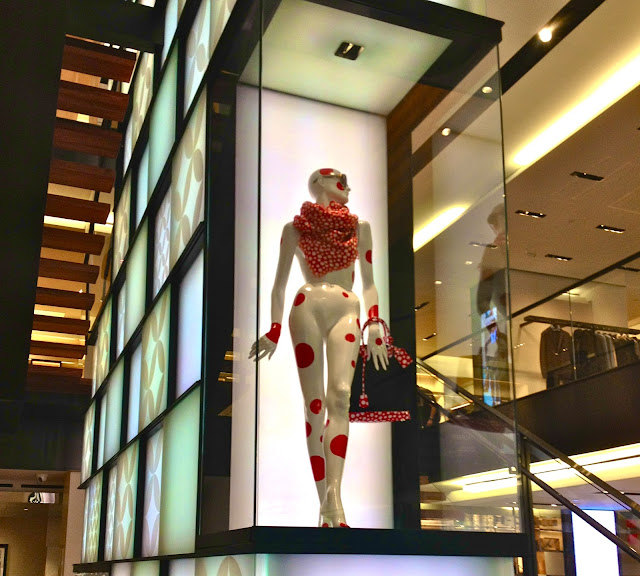 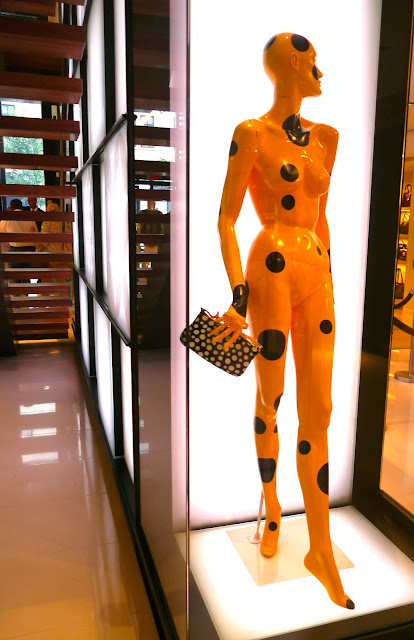 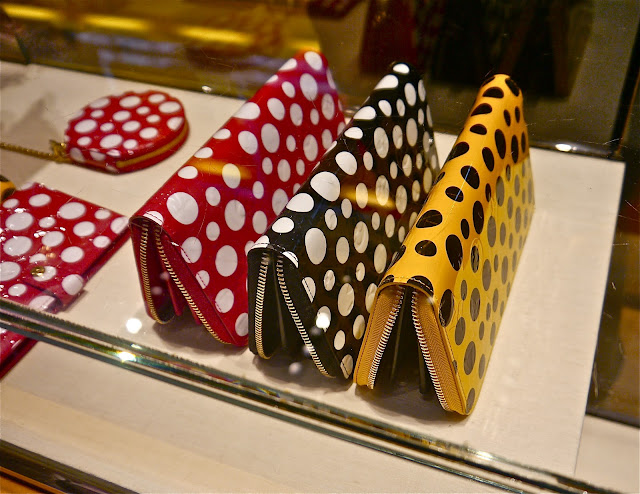 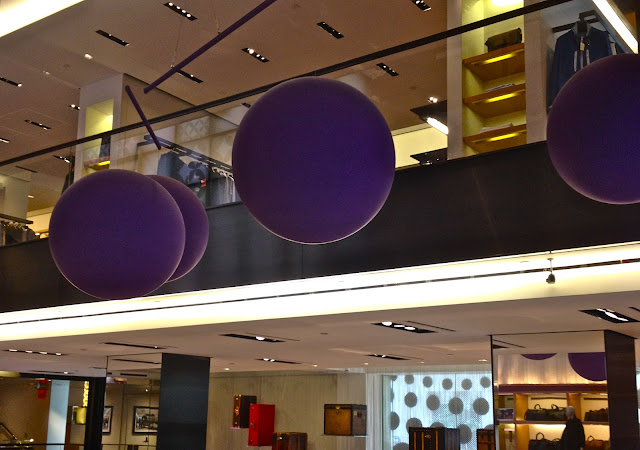