Yes. Its that time of year again.
No. Not Christmas. That annual event where both men and women from all round the globe stop in their tracks to watch what can only be described as one of the most coveted and unadulterated events in the fashion calendar. Just a word of warning, if you having a bit of a "fat day" today we all have them, I advise you to stop reading now.

This morning us Brits woke up to social media sites flooded with footage from last nights show. Starting the infamous Victoria's Secrets Angels including Adriana Lima, Alessandra Ambrosio, Doutzen Kroes, Mirander Kerr, Karlie Kloss as well as highly deserving  newcomers including  British beauties Jourdan Dunn and the lovely Cara Delevigne, held at New Yorks' Lexington Avenue Armory. The show also featured the delights of performers such as Justin Bieber & Rihanna, who was dressed in an equally as provocative corseted silk dress with lace gloves and strings of pearls - think Audrey Hepburn meets a VS Angel.

As per usual the show was divided into different parts with intricately crafted one off pieces to fit the goddess like creatures immaculately. 'Dangerous Liaisons', 'Calendar Girls', 'Pink Is Us', 'Silver Screen Angels', and 'Angels in Bloom' were the 5 themes this year with the Angels wearing everything from candy cane wings to native American headdresses.

The hundreds of thousands of dollars spent, month and months of planning all paid off with the show be an enormous success and reaching in the millions in the twitterosphere. Here are some of my highlights from the show.

Goodness knows how these women grow up to be this flawless, but I guess they don't give out wings to any old Joe. 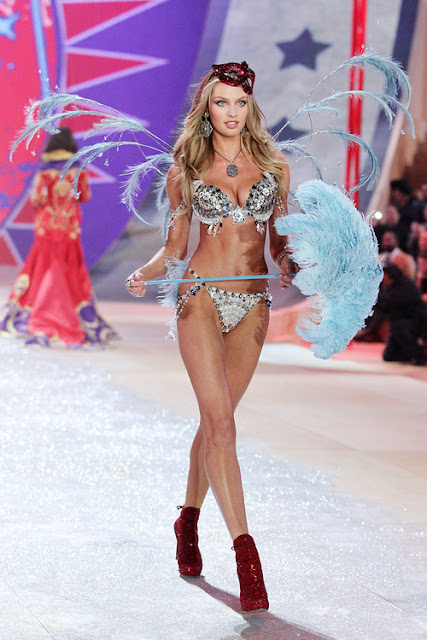 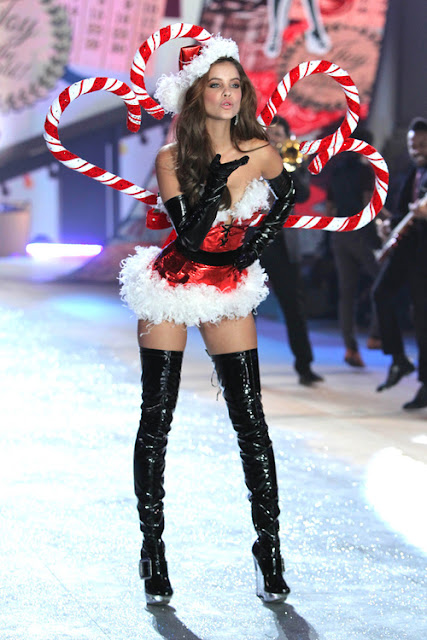 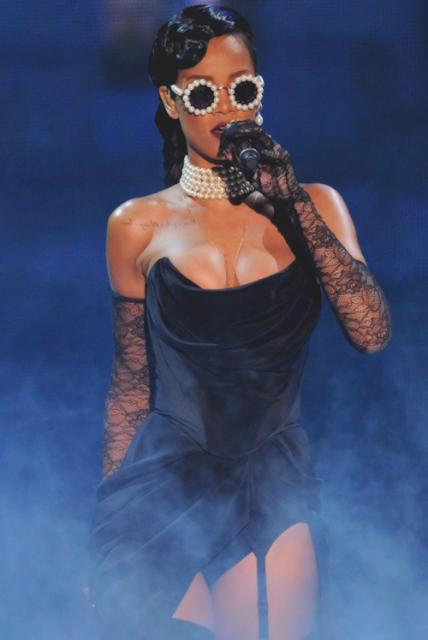 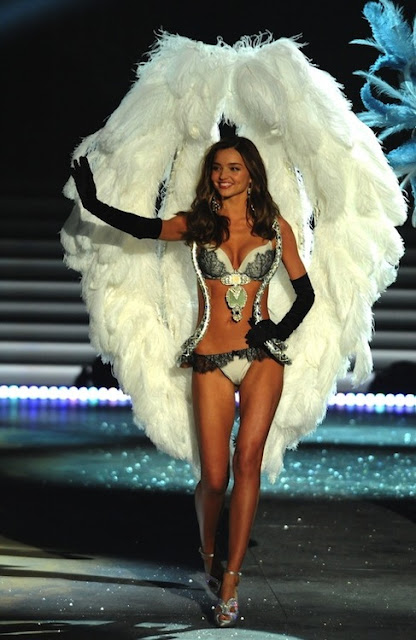 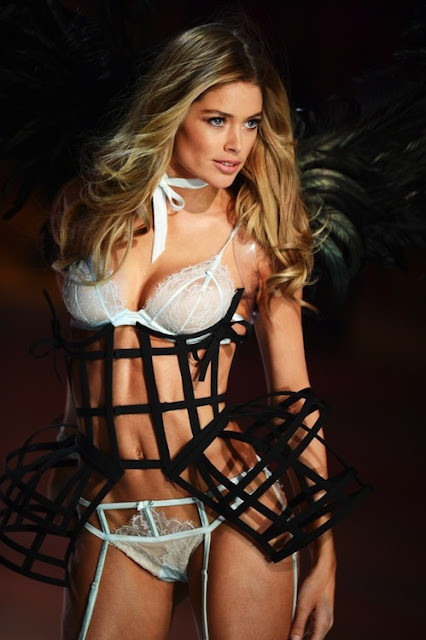 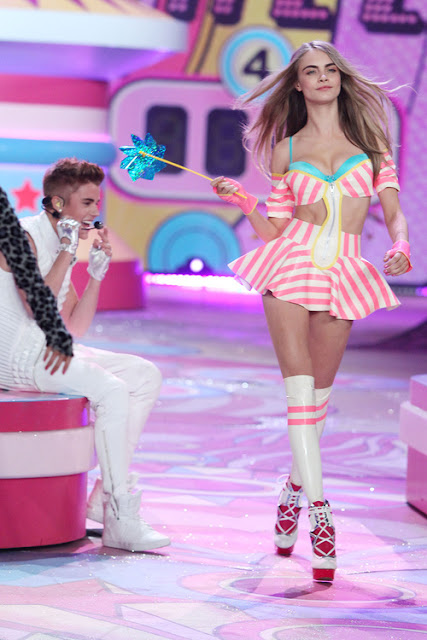 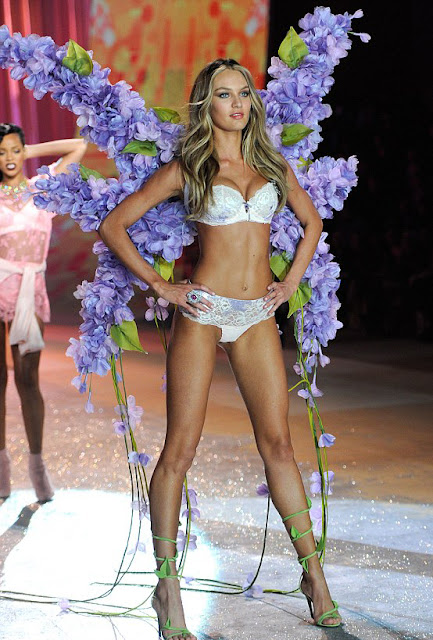 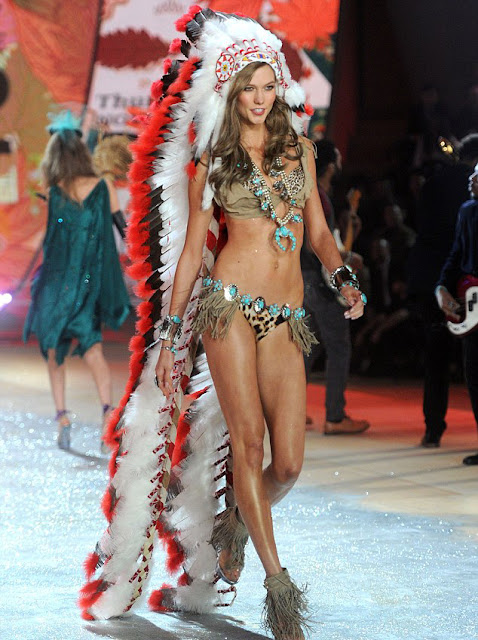 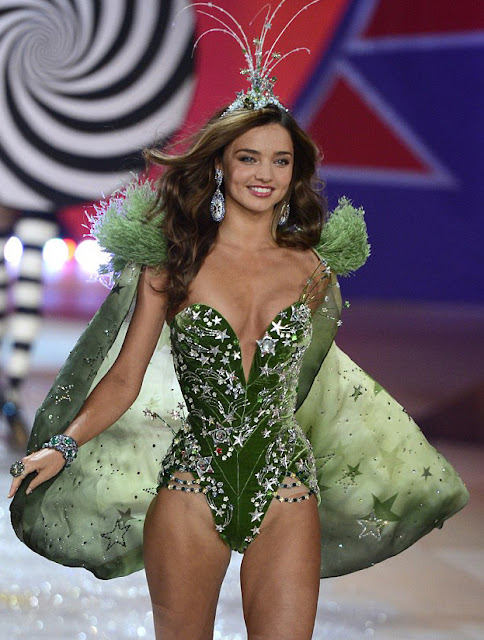 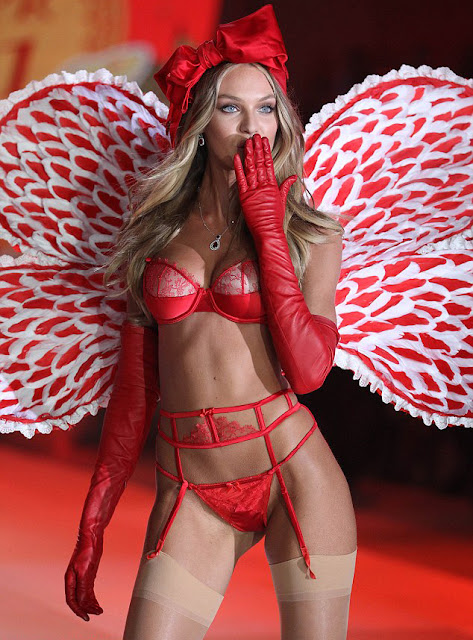 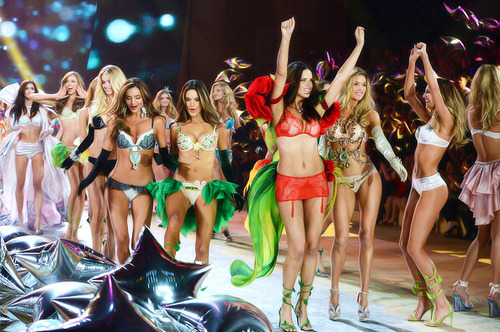