30 years in the business clearly leads to a whopper of a show. With Donna Karan celebrating her 30th year anniversary at the top of the New York fashion scene, it's not surprised she had one of the best #FROW's this fashion week so far; Katie Holmes, Hugh Jackman, Rita Ora, Trudie Styler and Bernadette Peters to name a few.
Using her New York roots as the inspiration of the collection, Karan presented the perfect balance of soft and structured, reflecting the electricity of the New York skyline. “I have the honor of looking at the city lights from my apartment every night,” said Karan, "this place is so, so beautiful, and I wanted to capture that." 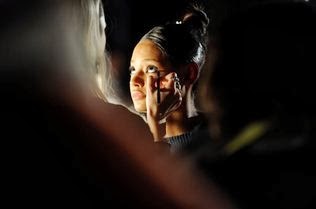 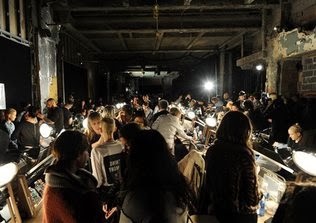 Showing at a somewhat draughty cue shivering guests down on Wall Street the designer was enabled to have a large show space which would accentuate her designs; think exposed beams, rugged brick walls; that authentic New York City vibe. The huge LED screen at the start of the runway sparkled and shimmered in complementary hues which not only reflected off the mirrored runway but matched each look as models including Karen Elson, Karlie Kloss and 19-year-old British beauty Malaika Firth. 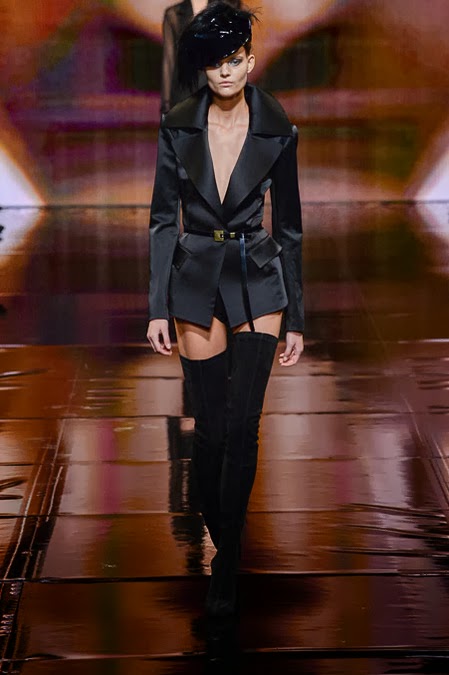 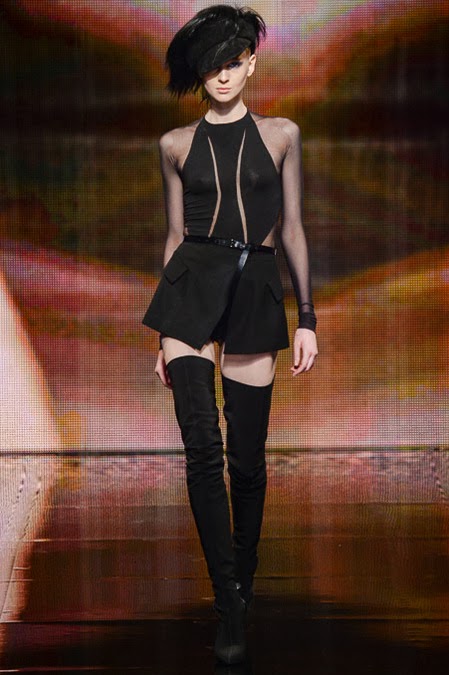 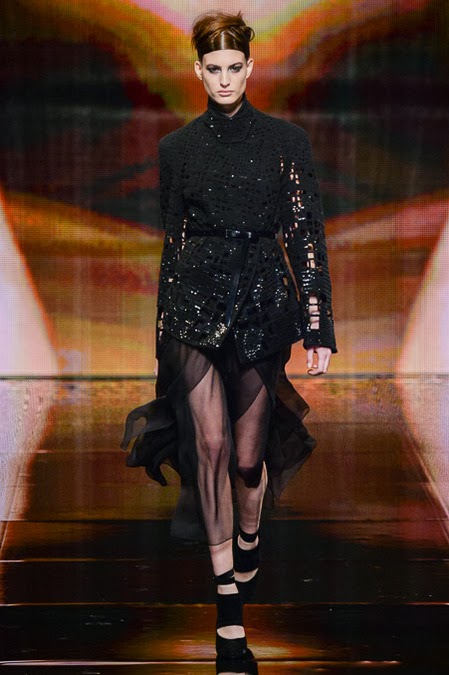 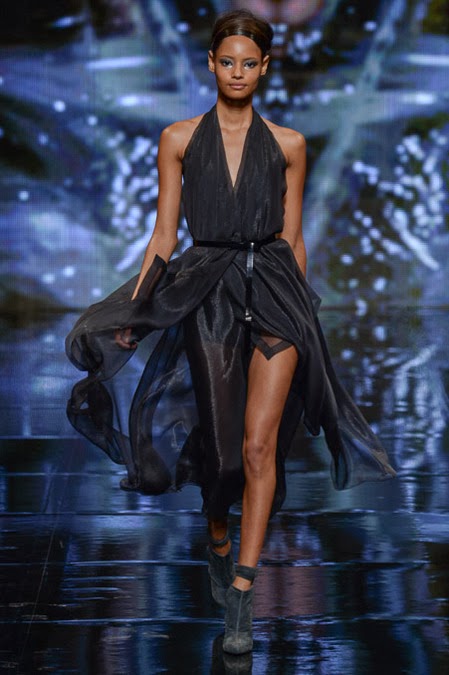 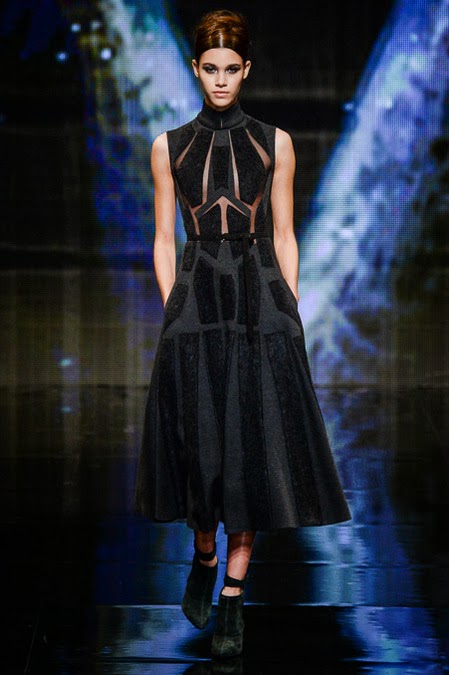 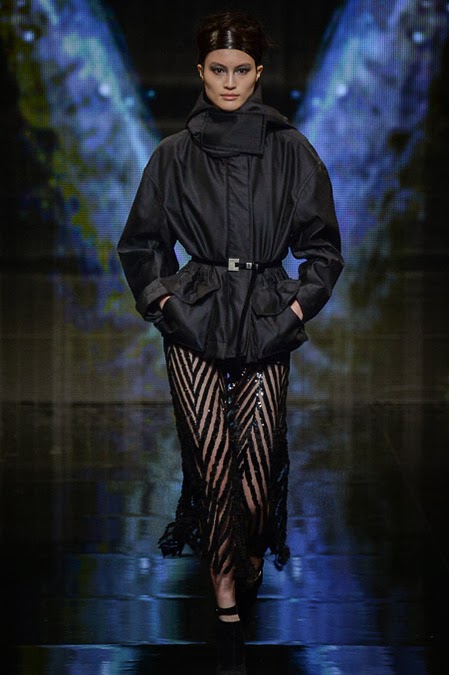 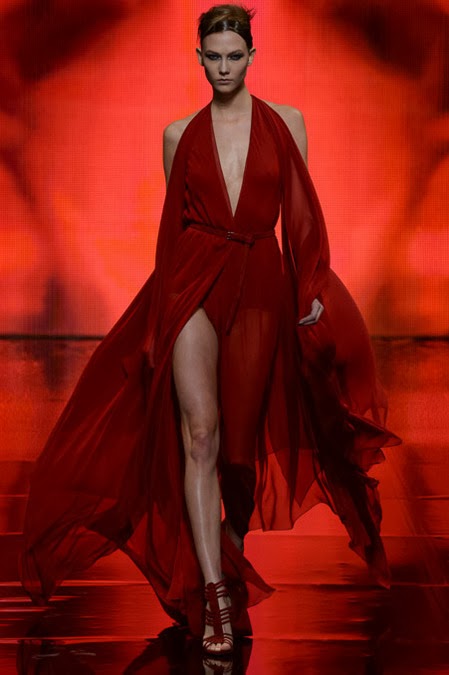 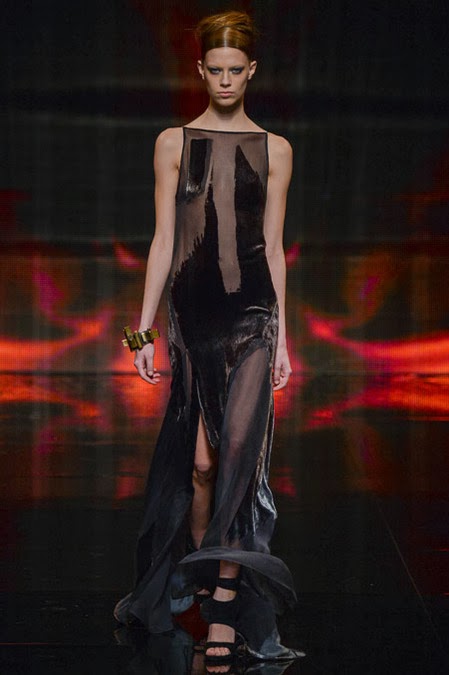 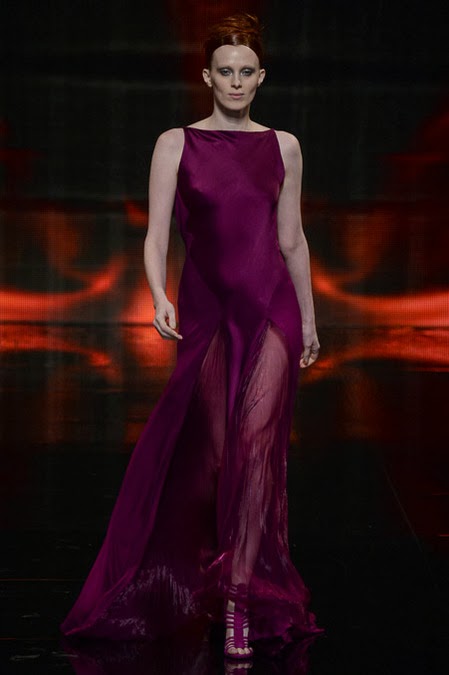 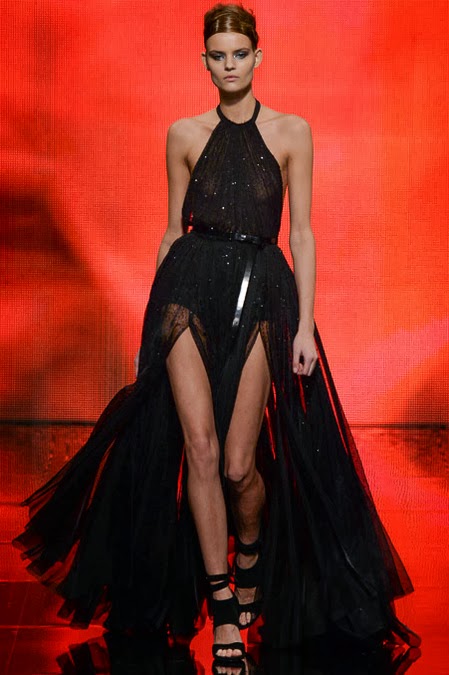 Boasting a collection in black, dark grey, white and ruby, Karan and her team created combination of masterful tailored jackets and blazers teamed with sumptuous sheer skirts showing off the over-the-knee boots worn underneath a great substitute for trousers indeed.
Fabrics included silks and chiffon's draped impeccably, devoré velvets, black viscose, ivory shearling and shaggy fur, some of which were embellished and beaded to depict the twinkling New York night sky.
The womanly focus of this collection was undeniable with belted waists, illusion bodysuits, sheer gowns exposing large areas of skin- it's safe to say sex appeal was at a maximum. "It's all about the body", said Karan. "The movement of the body and the expression of the woman and how she is so core in her strength."
With a jubilant tear from Karan as she did her victory lap down the runway, the audience applauded in celebration of this fantastic mark on the companies 30th year anniversary.
"New York is what I stand for — the past, the present, the future."
A fashion moment in history.
This was no regular Fall 2014 collection, this was a tribute to the city that made Donna Karan who she is. New York.
Posted by Unknown at 2:12 pm