Say a big hello to Nobu's new baby, staking claim in the middle of Soho, Chotto Matte is Kurt Zdesar newest venture offering a new type of fusion Nikkei - combining Peruvian and Japanese to create a rather extensive and impressive menu. With a kitchen run by Jordan Sclare (ex-head chef at Aqua Kyoto & Nobu) and Peter Gordon (presenter on New Zealand Masterchef) you know you're going to be in for a rather tantalising culinary experience.

Having only been open a few weeks, I wasn't too sure what to expect when walking into the huge open plan bar area, with the "new place to be seen in town" buzz spreading out onto Frith street with the retractable glass wall being pulled back.

At the bar, rather dashing bar tenders shake up delicious concoctions using Japanese & Peruvian specialities including Pisco, Sochu and Sake - as well as all the old classics and a wine list almost as long as Santa's naughty & nice list. 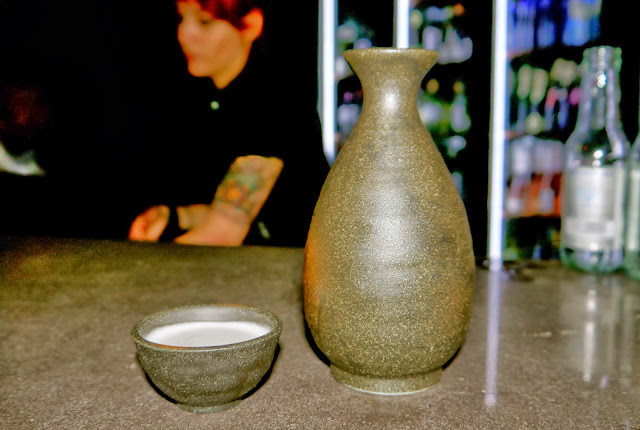 After several attempts to find our booking we were lead upstairs to be seated at our table, which after a further several attempts they eventually found. The upstairs dining floor was as busy and as buzzing as the floor bellow and decorated with an enormous 17m graffiti emblazoned wall designed by London based graffiti artist Tom Blackford depicting a sense of modern day Tokyo. 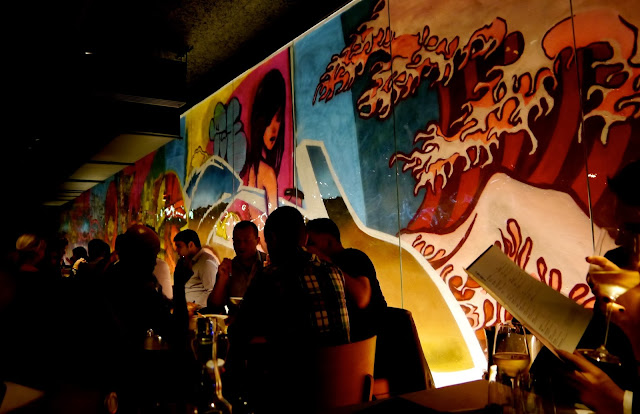 After studying the menu we were torn between the pages and pages of dishes to choose from. Sushi, small bites, skewers, soups, you name it - they got it. We opted for a little bit from all parts of the menu trying not to be my typical little belly big eyed self. 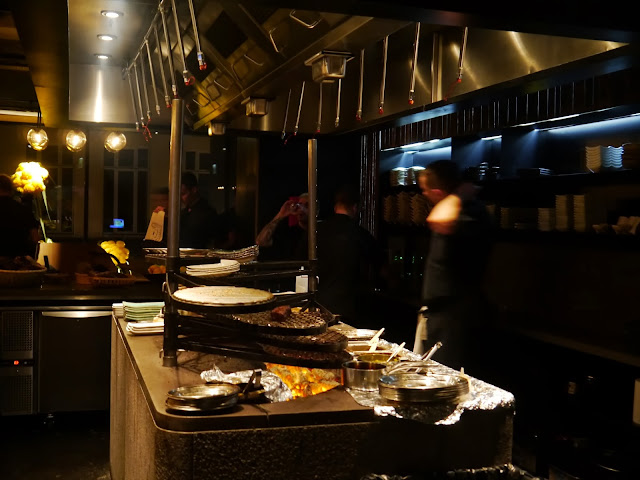 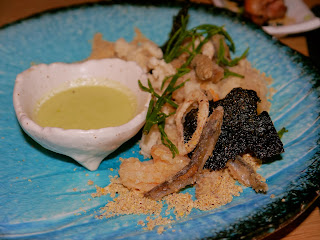 Yes the dishes do look rather beautiful and clearly have been well thought out... but at what cost? The pollo nipón, was just chicken yakitori, the gambas japonicas were just tempura prawns and the deep fried fish dish… you catch my drift. Not something to rave home about so far, but plenty more to come… 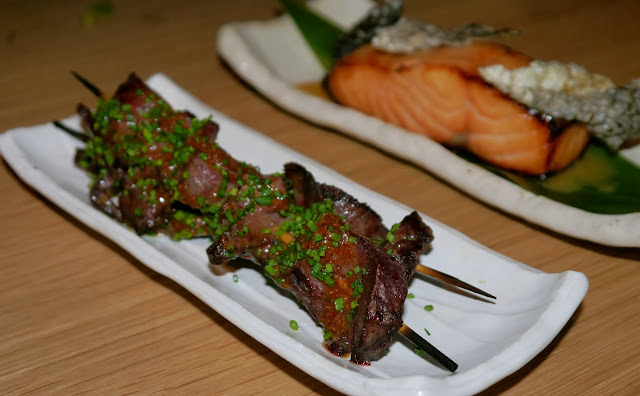 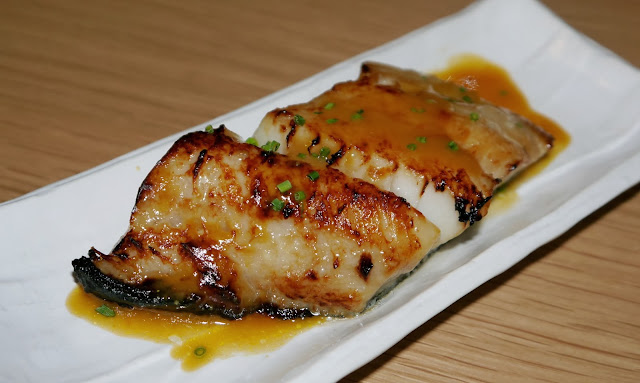 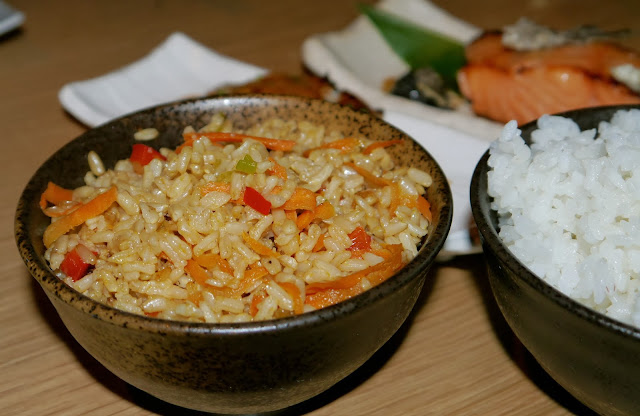 Next on the menu. Sushi seared at your table. Sorry what?! This I had to see. 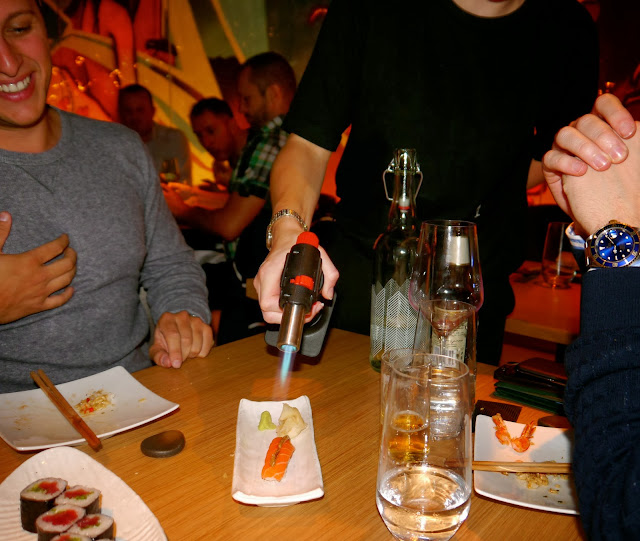 We opted for the salmon option topped with a tasty line of….urmm…green paste…. 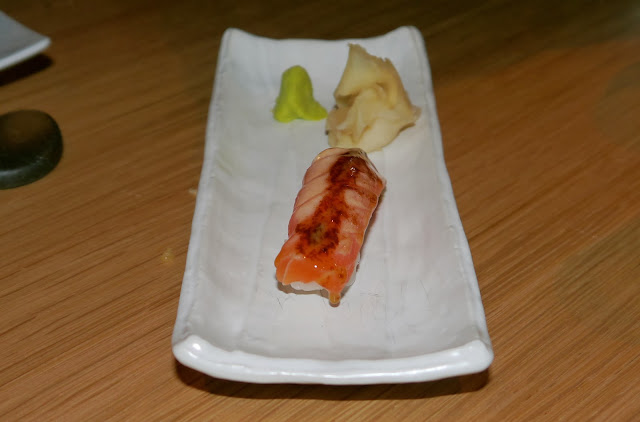 One slither of nigiri, is that all?
Yeah all two bites were pretty tasty, but for £8.50. Are you serious? 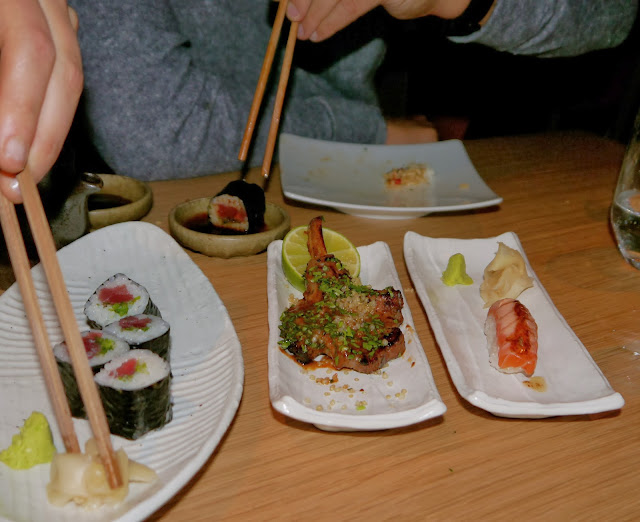 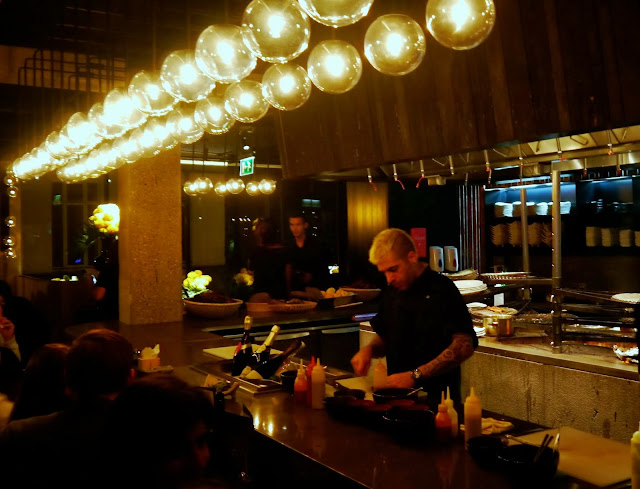 The food was utterly delicious. The combination of flavours and presentation of each dish did really leave you wanting more and more.

Chotto Matte literally means "please wait a minute", however I am still left wondering what Nikkei cuisine is, and how - if at all - it is different from any other Japanese fusion restaurant. Yes the menu is pretty much all in Spanish - perhaps that is the only Peruvian aspect to the restaurant?

Kurt Zdesar may have opened Chotto Matte to make Nobu accessible to the masses, offering a cool and hip vibe for the young professionals looking to spend less than £150 (expected pph of dinner at Nobu). But they are yet to find a balance between playing it cool and keeping the service at a respectable level.

Chotto Matte has oh so much going for it - from the swanky interior designed by Andy Martin (famous for The Ivy) and wonderful chef's -, but at what expense? The service was just down right awful. I don't want to be too harsh, and it is understandable that new restaurants can rush for an opening deadline and still have a couple of "teething problems", but poor staffing should not be one of them.

If you want to give Chotto Matte a try, find it in the heart of Soho at 11-13 Frith Street.
Posted by Unknown at 4:18 pm