Last night Jesse and I and a huge gaggle of girlies headed over to Earl's Court for a night of cocktails, pizzas and ping pong. Ping is the absolute ideal hangout, think American kitchen meets frat house party and the perfect place to celebrate our birthday. Ping pong tables, dashing waiters, uber cool DJ's, scrumptious food and even more delicious cocktails  was just the fuel needed to keep the ping pong coming all night. 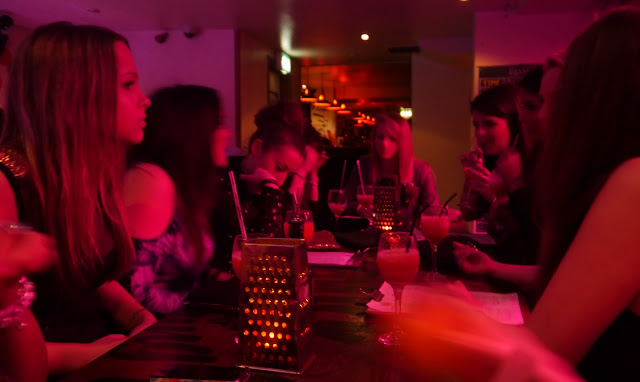 Sitting right in the heart of the joint, we were presented with a round of slushies. 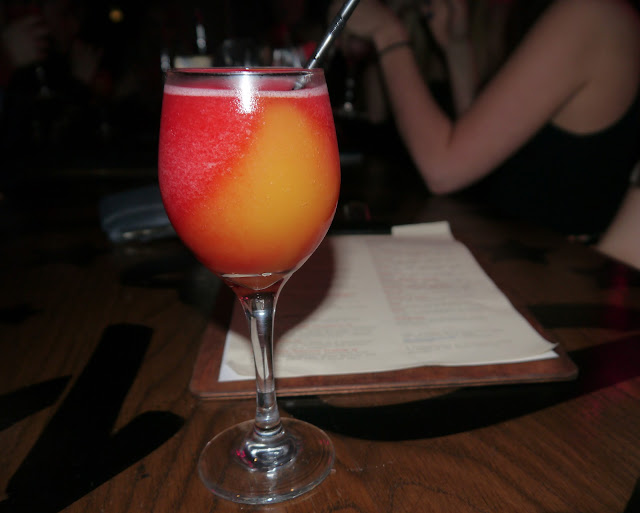 Think grown up slush puppies, with a touch of that naughty stuff. Keep em' coming! 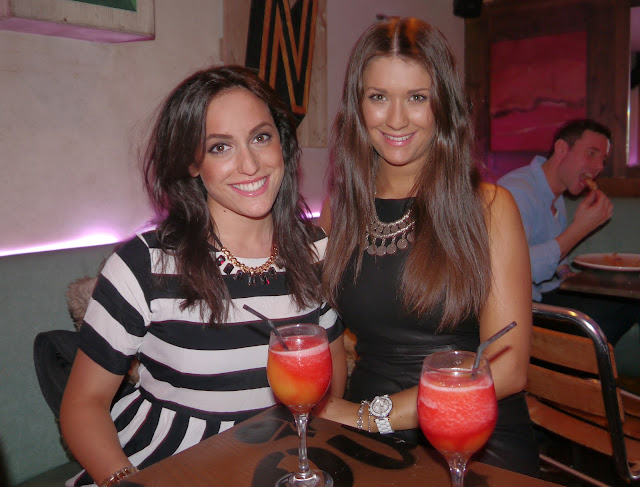 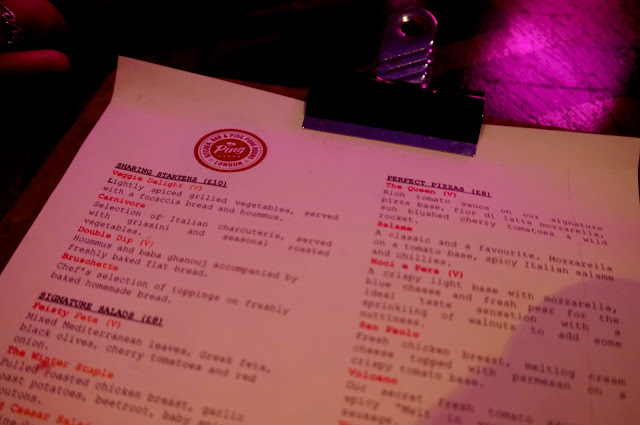 Food was positively delicious, naturally most of us opted for one of the many pizza's on offer, but Crawf being on her 'no processed food' diet went for the salad which was equally as scrumptious. 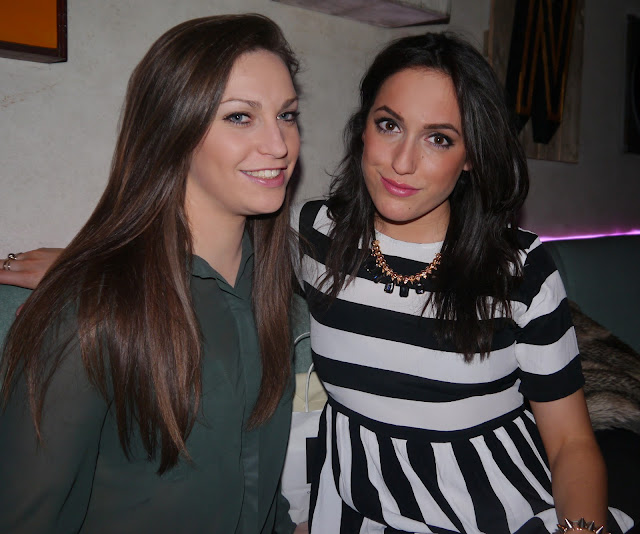 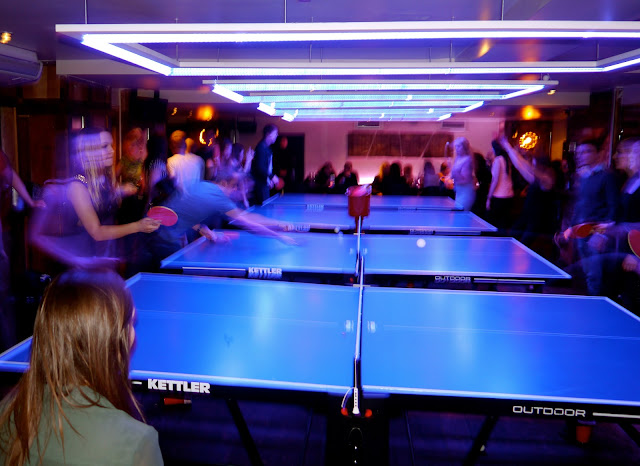 Naturally it's all in the name of fun, but we couldn't all deny that we weren't a tad competitive, and our light hearted round robin tournament got rather feisty. 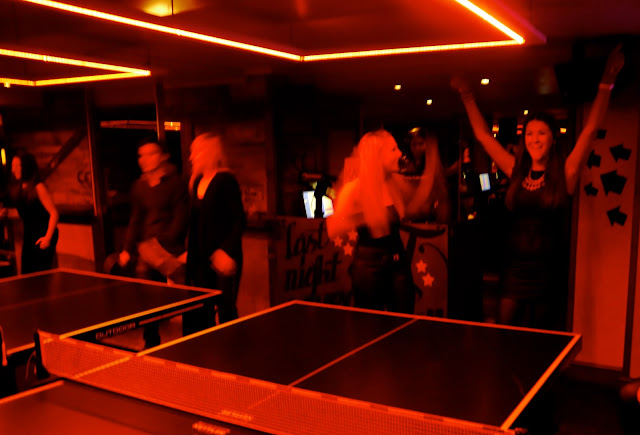 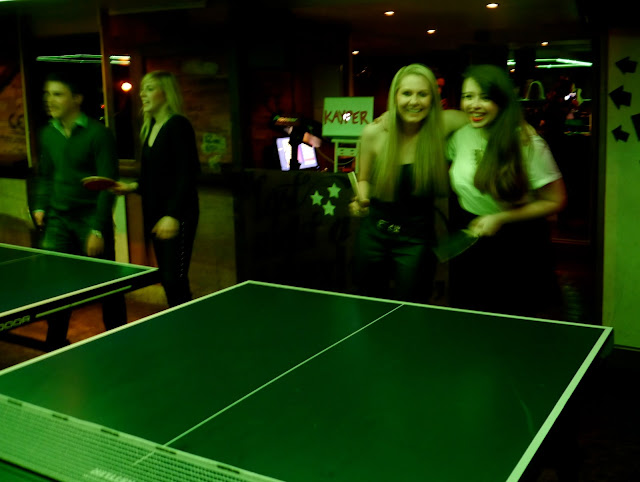 Roni & Laura were a great team, sadly the cocktails had affected my hand eye co-ordintation ever so slightly, but otherwise I would have won hands down errrrmmm definitely not.

Following the rather epic tournament we moved on to a spot of beer bong which obviously I was equally as fantastic at... 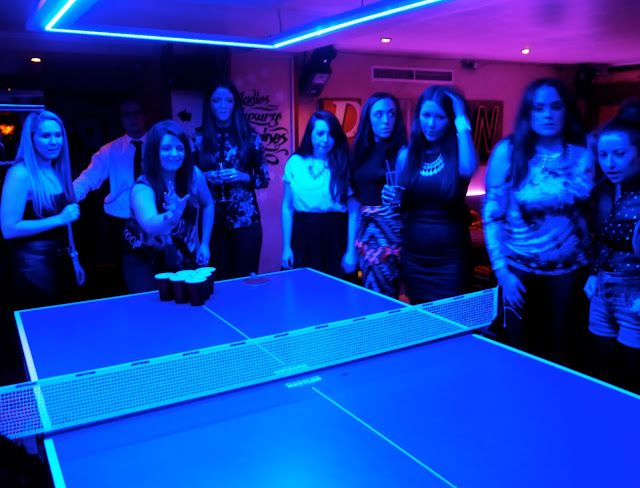 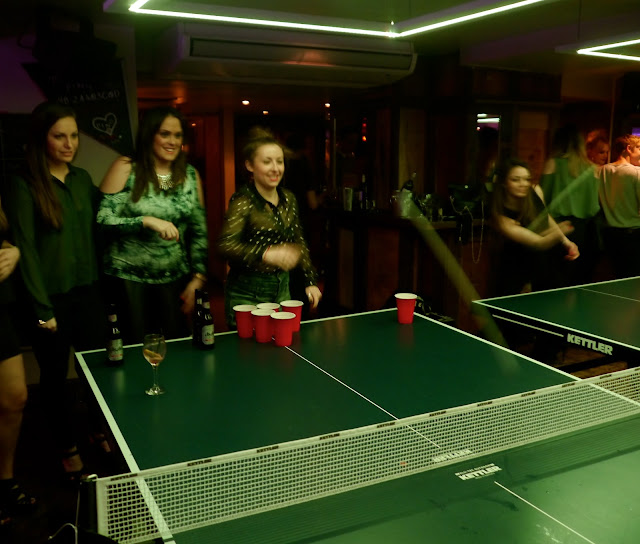 Talbot showing off her epic over arm action. 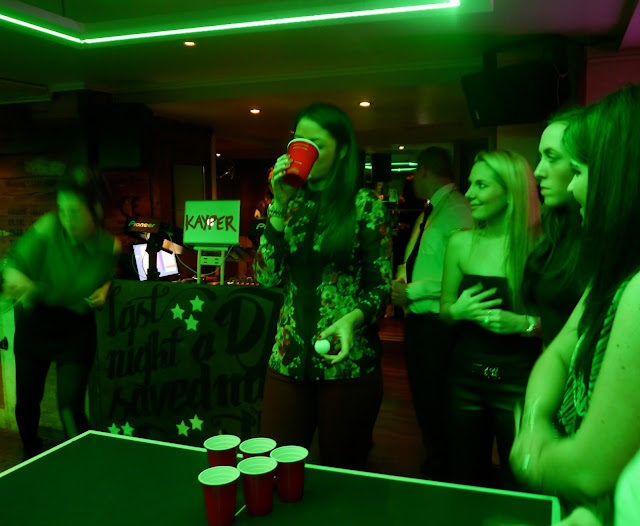 And poor Natti & Em getting the brunt of it. 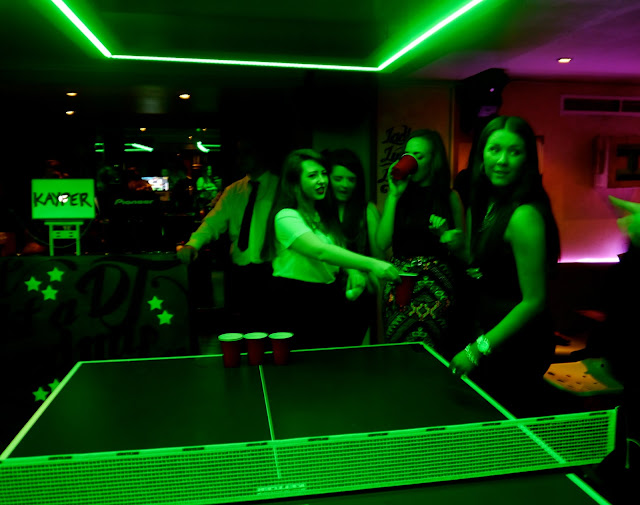 Following the never ending beer pong tournament and a high competitive game of flip cup (far too involved for photos - apologies) we went back to the ping pong for a doubles tournament. 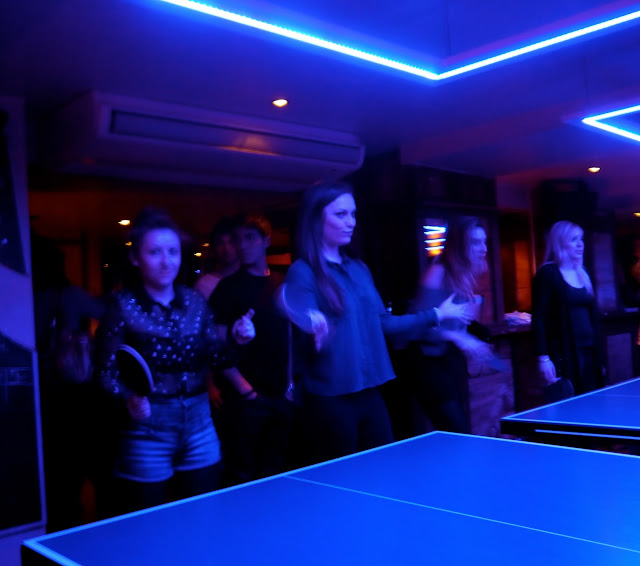 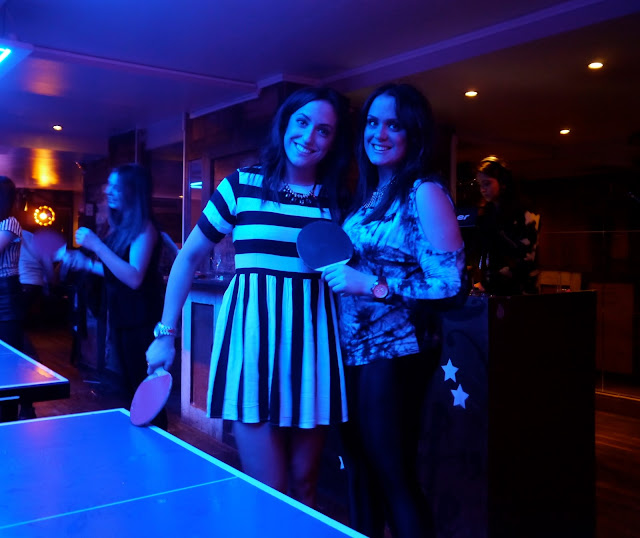 Team twinnies. We were obviously the best team going and lasted way more than 2 points.... 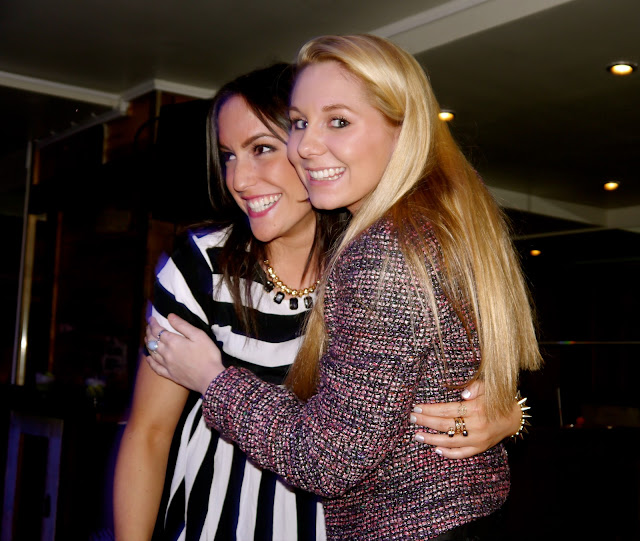 We bat and balled the night away till the early hours of the morning all grinning from ear to ear with a slushy infused triumphant feeling which lasted the entire taxi journey home.

Thank you to all my gorgeous girlies who made the night just so much fun.
Already planning a return trip.

Sadly Ping isn't open for lunch but get yourselves down at 6:00pm every evening and chalk your names onto that big ol'blackboard to get a slot on the highly coveted tables, check them out on Twitter, Facebook, Instagram and online here.